It may have been cold outside, but Postmodern Jukebox spent the last month heating up stages all across North America on tour. Whether  you’ve just seen the show for the first time, here’s a brief introduction to the highly talented singers (and tap dancer!) that were featured in our #PMJtour: North America Winter 2017 cast. 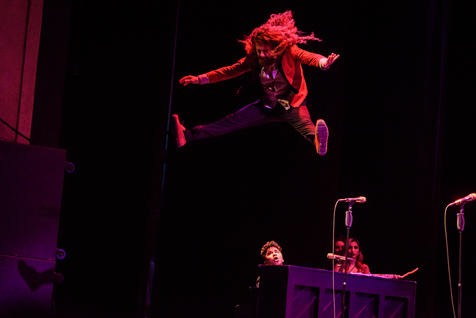 Casey first got into music after hearing his mom play Beatles and Beach Boys albums for him on car rides when he was a kid. His first instrument was piano, but he began performing with the electric bass and later the upright bass in high school. At the same time, he began singing. Today, he tours with both PMJ and his own band, writes his own music, and draws inspiration from nearly every experience – such as being on an hour long walk to the studio. What else inspires him? “Food. One of my favorite songs I’ve ever written is about eating mangos in a mango tree.”

What does he love about PMJ?: “I like the fact that it’s live music. I’ve been on tours where there’s someone in your ear saying to play this, play that, and someone presses play – you’re turning on a computer that makes noises. So that means that there’s not really a live aspect to the show. But what I like about this is everything you see on stage you hear – there’s no overdubs or anything like that, no tempos, no one has any metronomes in their ears. We’re all just feeling the music together on stage.” 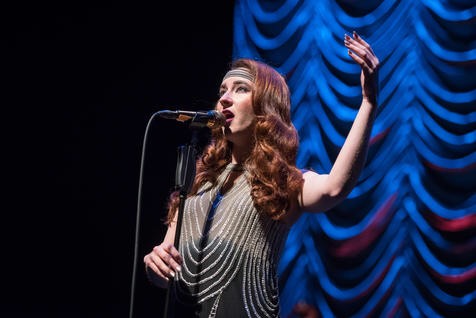 A longtime PMJ superstar, Robyn first got into music in middle school through choir. Her first solo performance was in her high school showcase, where she sang “I Dreamed a Dream” from Les Miserables.  She met PMJ creator Scott Bradlee when he was playing a gig in 2011 and a year later was featured in Postmodern Jukebox’s viral “Thrift Shop”  video, which began her professional music career. Her inspiration comes from hearing other covers of popular songs, and is always “inspired and intrigued” by other people’s interpretations of music.  She speaks several languages, and has sung in Spanish, Korean, and even Yiddish in Postmodern Jukebox videos.

What does she love about PMJ?  “Every single musician that has come through here has been so insanely talented. You show them all this music for the first time and they play it basically perfectly and it’s mind-blowing. People come down and play ragtime like it’s nothing. All the singers are world class too.” 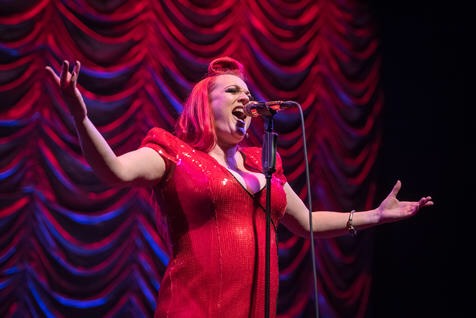 Dani comes from a family of musicians; her parents met while playing in a band. She attended gigs with them when she was younger, and her first official performance was at a bowling alley when she was six. She draws musical inspiration from her family, and cites their exposing her to so many different genres of music as the reason that she can find inspiration in a wide variety of musical genres. Her nickname is Jack Dani, “because I am a fan of Jack Daniels. I was performing with this group ten or fifteen years ago and everyone started calling me Jack Dani.” The nickname has stuck ever since, and is even the title of her own band.

What does she love about PMJ?: “The main thing I love about Postmodern Jukebox is that it’s live musicians, singing live, all the time, and there’s nothing out there like it. No one else has done this thing. I’m such a fan of the vintage era that to find Postmodern Jukebox and be able to sing live, to sing this style of music, every night is really, really special.” 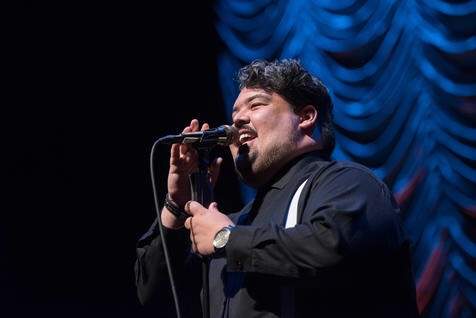 According to Mario’s mother, he was “singing in the womb.” His first performance was in a daycare talent show, where he sang the jazz standard, “My Funny Valentine.” He always knew he wanted to sing and went to college for music before moving to LA in 2011. He started working with Pentatonix, and opened for them on tour. In addition, he’s also a songwriter, and released his first album, “Heart Of Gold,” last year. He draws musical inspiration from other vocalists, and cites his mother being a singer as why he loves listening to other performers. He loves working with other vocalists. A fun piece of trivia: Both Mario and Postmodern Jukebox star Aubrey Logan attended Berkley in LA summer camp together and have known each other for twelve years.

What does he love about PMJ?: “The instrumentalists are world class, in my opinion. They can play any genre. Chloe, for example, is playing clarinet and sax, and sings! They’re true musicians. The singers are musicians as well. They’re smart. They make good choices. They take a song that you’ve heard a billion times, but with this fresh new take and bringing in the styles that inspired music today. I think it’s a one of a kind project that I’m so happy exists.” 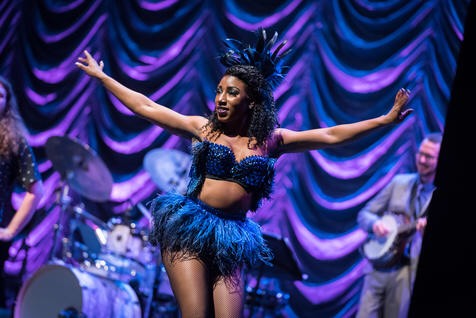 Anissa began dancing as young as two, but drifted away from it for a while. When she was twelve, she met PMJ superstar tap dancer Sarah Reich and Chloe Arnold of Syncopated Ladies, who both inspired her to start dancing again. She considers her first major performance to be with both Chloe and Sarah and other members of the “tapfam” at the Los Angeles Tap Festival. She draws inspiration from every genre of music – “whatever the music does moves you, it kind of tells you what to do in a way.”  A true artist, she even designs and makes all of her costumes, as well as Sarah’s costumes.

What does she love about PMJ?: “I really love that it fuses the old and the new. It’s amazing how all of these songs that we’re doing are covers. They’re all fairly new songs in the past five years or so, and it’s crazy how you can instantly turn that into a bebop song or a swing tune by changing the melody or the rhythm of things. It’s really interesting how PMJ can take a pop song and made it a 1920’s tune; It’s unheard of almost, and I think it’s relatable for all ages. I could take my grandparents to go see this show and they would enjoy it, or I could take my friend for their birthday and they would enjoy it as well. It’s really versatile and it just appeals to everyone.” 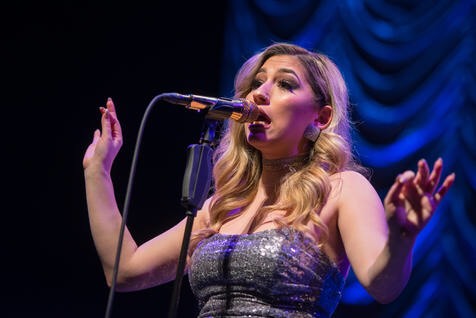 Brielle started dancing at a young age, but soon found herself drawn more to singing than dancing. When she was five, she gave her first performance, an impromptu rendition of “Somewhere Over the Rainbow” at an Italian restaurant. She draws inspiration from her mom, who has always believed in her and her dreams. Female empowerment is also a big theme in her music. In her spare time, she loves to watch the Food Network and considers herself to be a “food geek.”

What does she love about PMJ?: “I love that it’s real music, and that says a lot coming from a pop singer. My original music is super produced and very big sounding, and this is just organic and it focuses on the artistry. So I like that we get to mix pop and the oldies and the feel of real music together.” 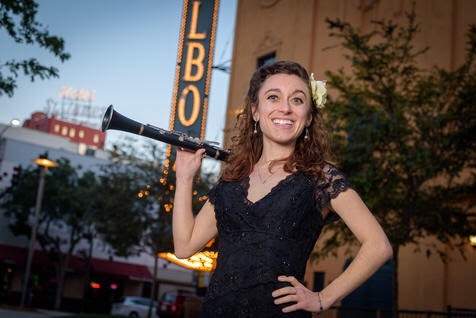 Chloe first got interested in music in elementary school, when her parents started taking swing dance lessons. She would watch the classes and learn the steps, and along with that came an interest with music. Exploring her mother’s music collection — which ranged from Billie Holliday to opera — also helped her interest grow. Her first performance was singing the duet, “Sisters” from White Christmas with her best friend in third grade; she remembers getting tangled in the microphone cord. Chloe draws inspiration from her fellow musicians, who push her to be her best and to create something wonderful. Outside of music, she has a passion for dessert and enjoys finding bakeries to try different pastries and cakes from around the world.

What does she love most about PMJ? “I love that is bringing elements of jazz to a wider audience. I hope it inspires people to delve deeper into jazz and discover the beauty of improvisation.”

To experience the Postmodern Jukebox universe on tour in 2017, click here. 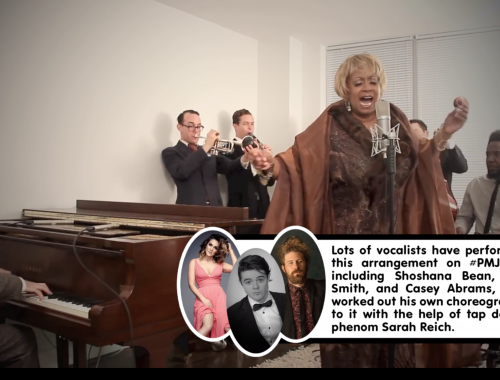 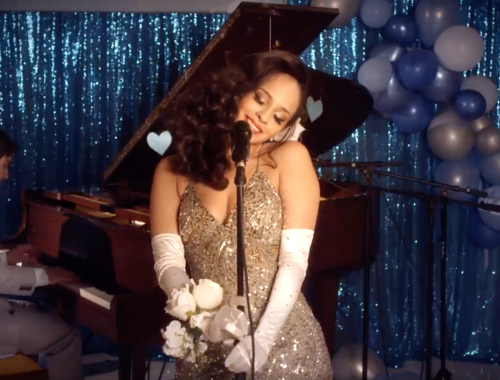 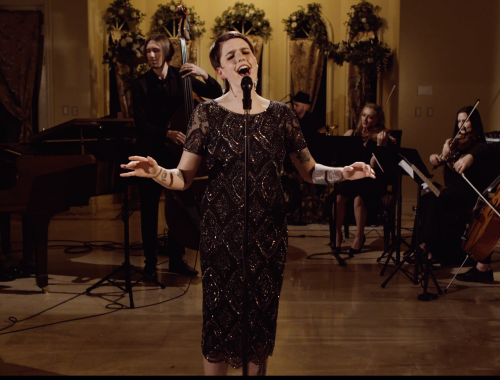 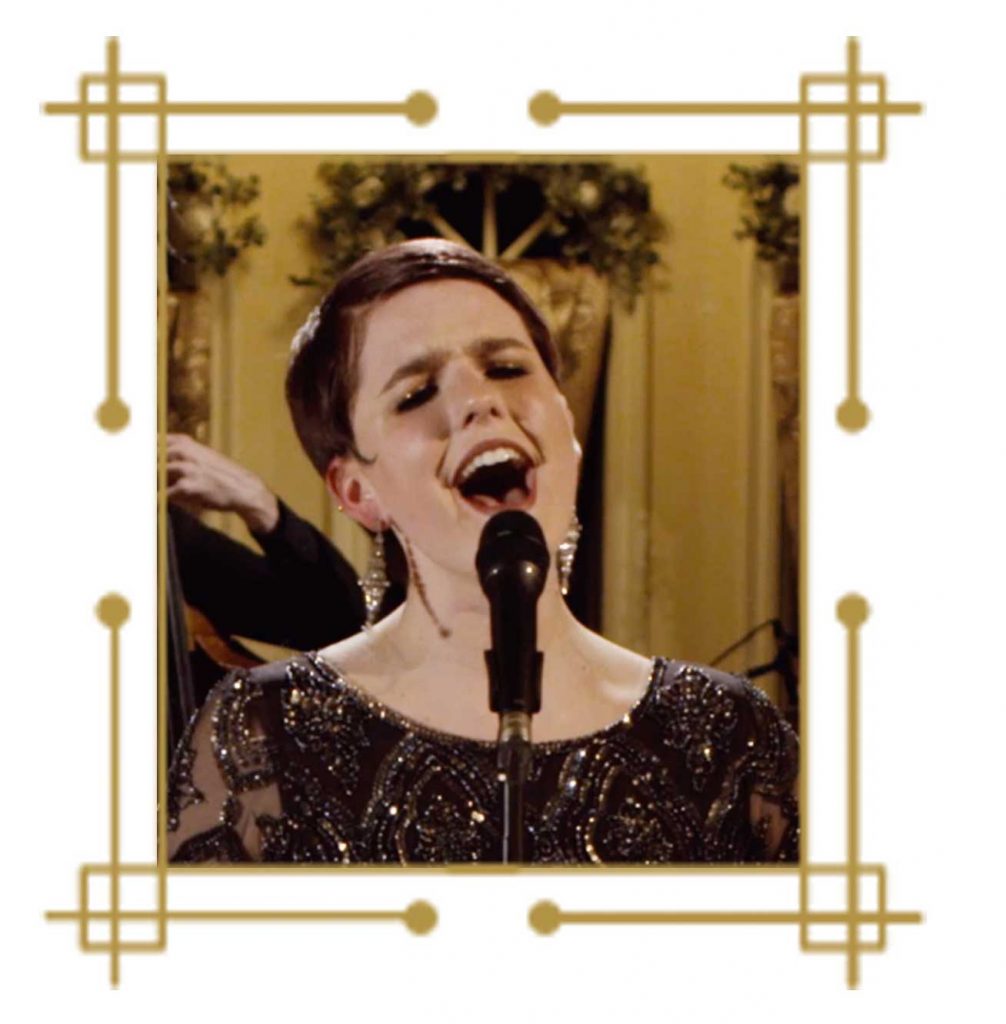 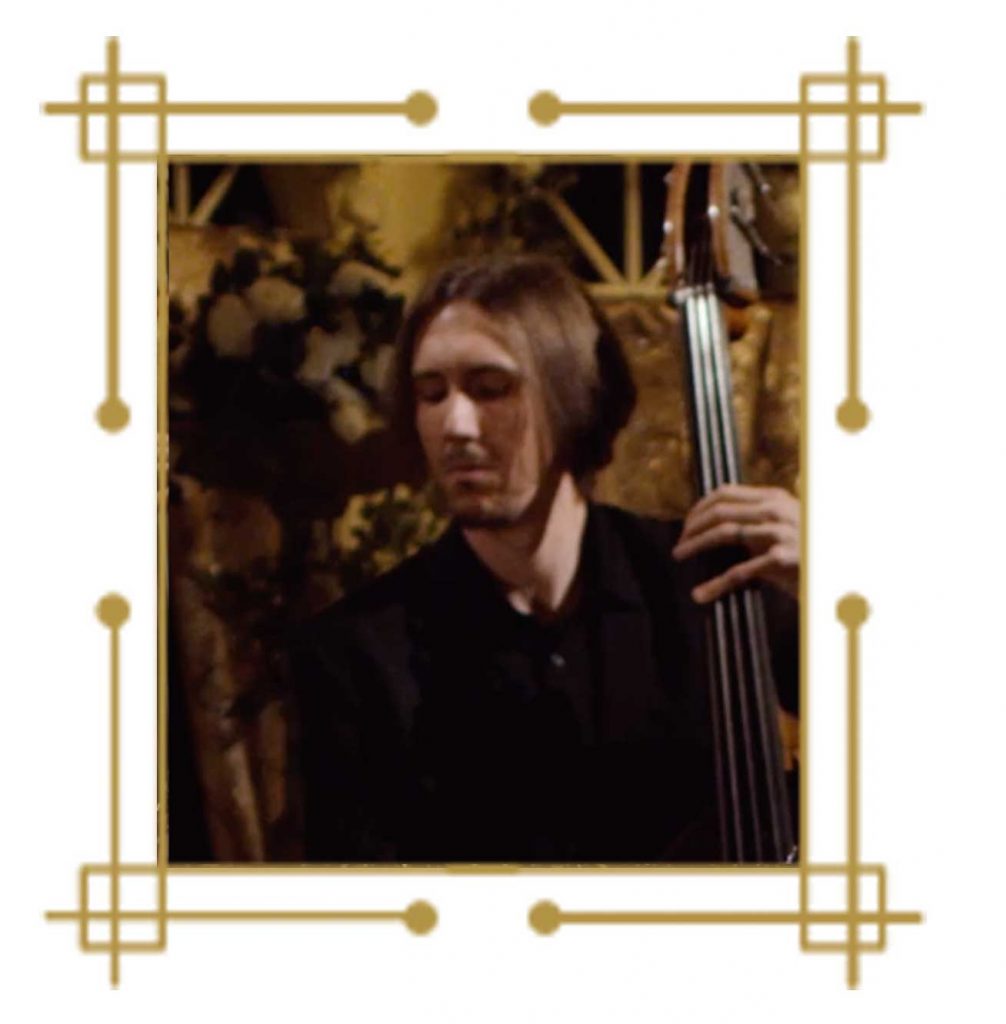 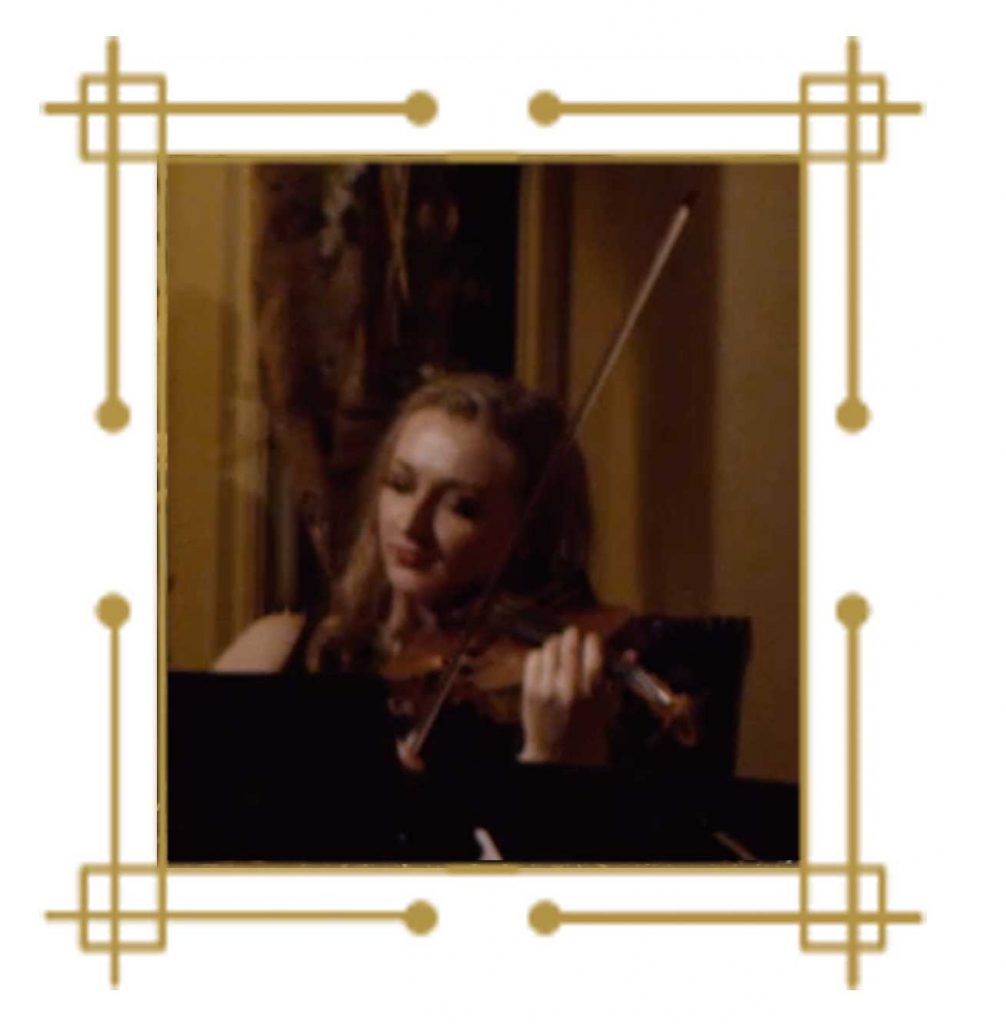 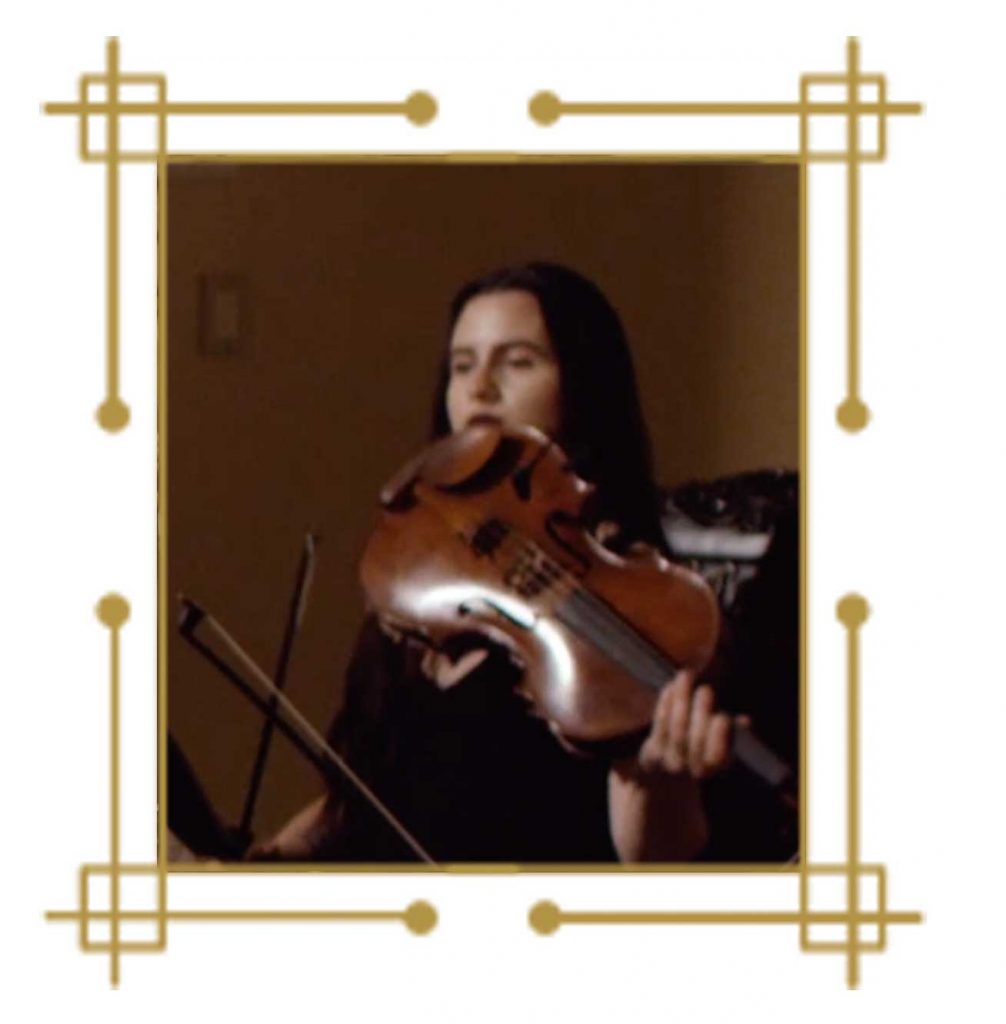 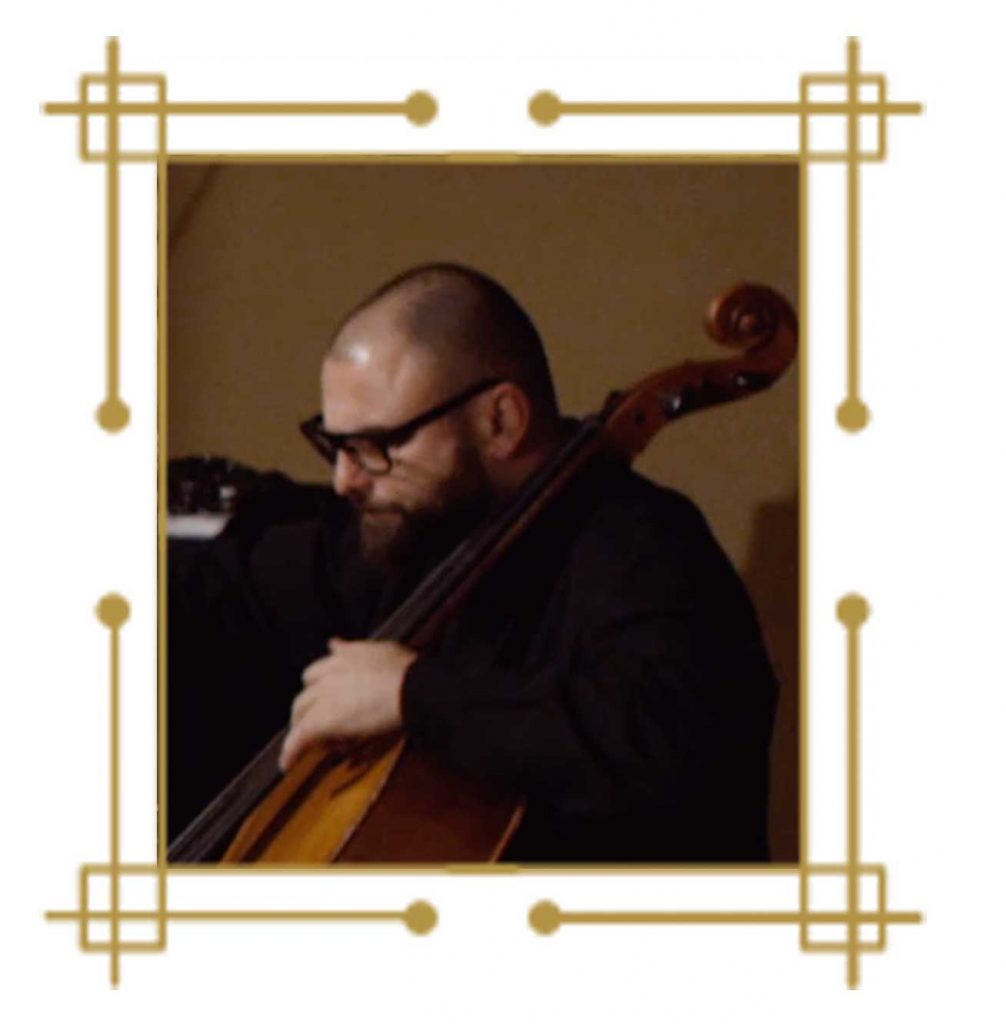 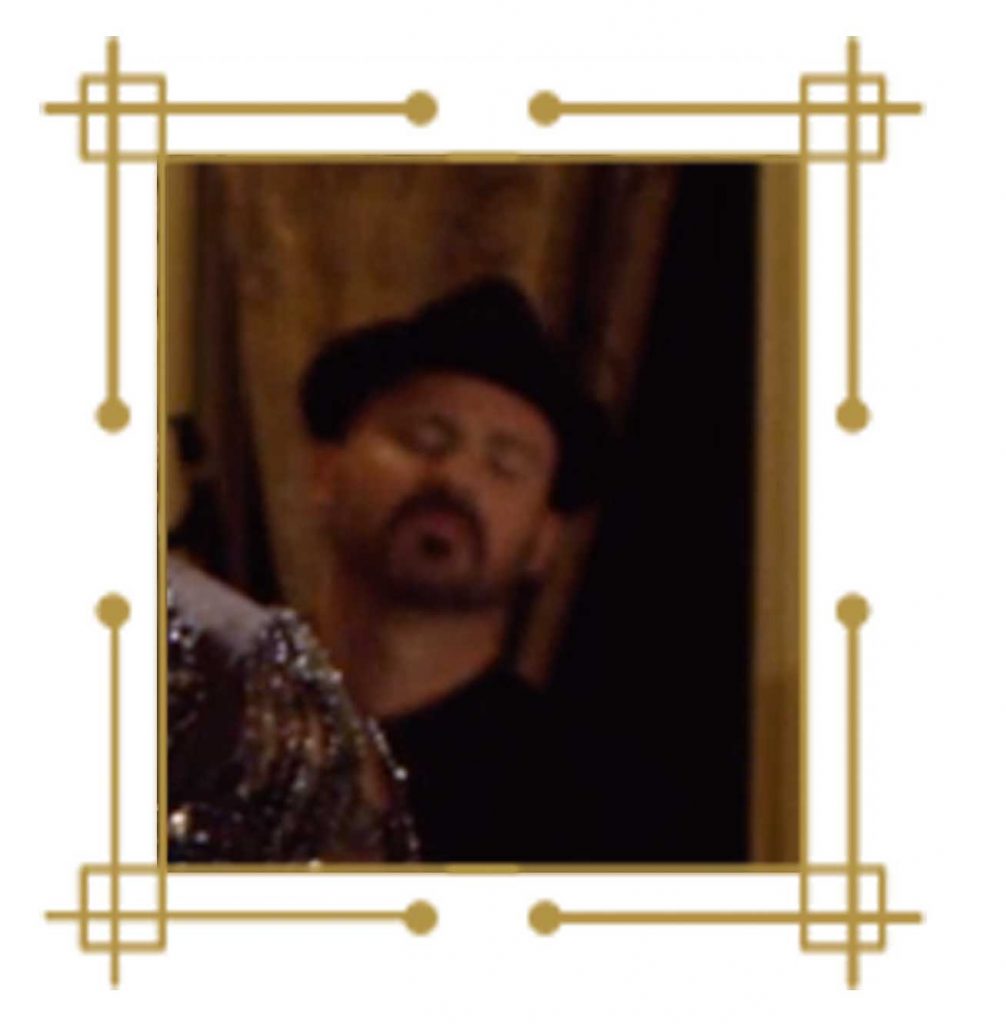 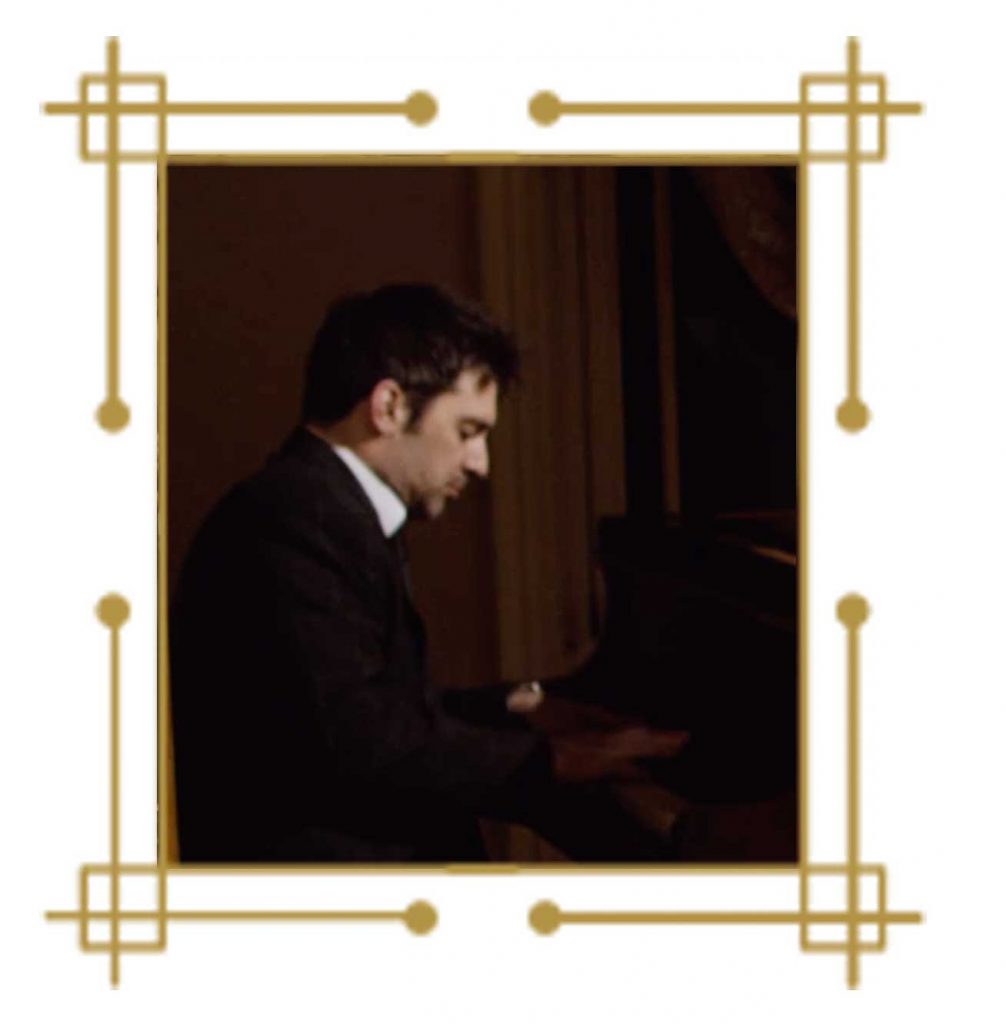