Postmodern Jukebox Plays To Its Biggest Audience Yet at Microsoft Theater

Last Friday, Postmodern Jukebox played to 4,000 fans in LA’s Microsoft Theater – our biggest crowd ever. It was an unforgettable night; we had a star studded lineup of PMJ talent in the cast, and having lots of friends- both old and new- in the audience made it feel like something of a homecoming. 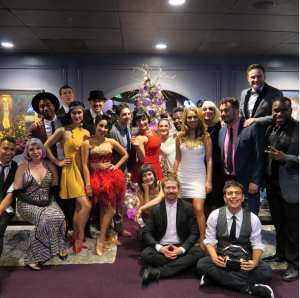 Hanging with the cast before our biggest show ever.

I came onstage about midway through to thank the fans for helping us get this far and to play a couple of songs with the band.  Seeing that Kanye West announced his presidential bid in the same venue at the VMAs, I also used this opportunity to channel Kanye for just a second.  I’ll always find a way to embarrass myself just a little.

It hasn’t been that long since I decided to make the leap from recording videos in my living room to putting together a live, touring stage show – in fact, it’s been less than two years.  Being on that stage Friday night made me think back to our early days of touring and appreciate the journey that much more.

I knew from very early on that Postmodern Jukebox was meant to be experienced live.  After all, all our performers came from live settings, so playing for a camera instead of a live audience was a little weird in the first place.  I also knew that a variety show format was the way that I wanted to present this universe.  It wasn’t a band; it wasn’t a Broadway-style musical.  Despite the vintage theme, it was actually a new type of entertainment that had never been done before. 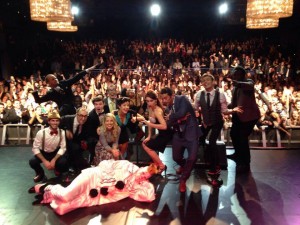 Right away, I learned that we were going to have to prove ourselves and this concept again and again.  Promoters unfamiliar with us didn’t believe we could sell tickets, since we were a “YouTube act,” and put us in the smallest rooms with low guarantees.  Even the ones that enjoyed our videos didn’t understand how the concept of a variety show or a rotating cast would work; we got asked, “wait, so who’s actually in your band?” quite a bit.  In the end, all we could ask was that the venues and promoters trust us, despite a lack of tour experience.  Luckily, many did. 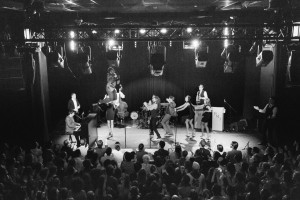 The very first Postmodern Jukebox tour show took place in Toronto, and I remember that first show very vividly.  My chief concern was that no one would be there to see us, even though I was told that the show was sold out.  It’s one thing to see numbers on YouTube, but it’s another thing to see actual IRL fans. However, by the time Drue Davis (who performed the emcee role on the first tour) stepped out on stage,  people were screaming.  I took this as a very good sign. 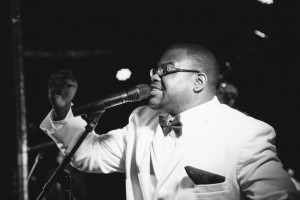 That first brief tour of the Northeast ended up being sold out, and from there, I took a gamble and brought the show to Europe for the first time.  Not knowing what to expect, our initial flight took us to Manchester, where we set our sights on our very first tour bus.  It was painted bright yellow, with the company name in a Comic Sans-esque font.  The door was broken and swung open at inopportune times, such as while the bus was in motion.  The water in the sink was scalding hot.  As we traveled from city to city, playing small clubs with limited dressing room space, the “Yellow Submarine” was our home. 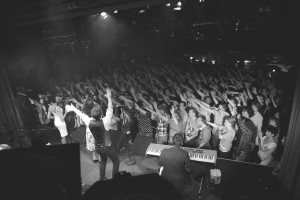 Despite the bus difficulties, the highlights were plentiful: playing to our biggest crowd to date in Glasgow’s beautiful Oran Mor, watching Tim Kubart pull a Tambourine Guy understudy onstage, or playing a Bosendorfer piano for the first time in Copenhagen (where, coincidentally, Tambourine Guy got pulled offstage by an overzealous security guard).  Fans gave us artwork, freshly baked food, and told us incredible stories about how our music got them through some tough times.  And- best of all – they dressed up. 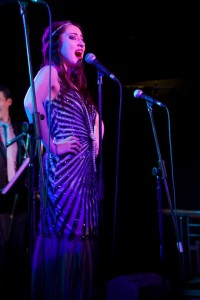 The idea of dressing up in your finest vintage clothes to come to a Postmodern Jukebox show wasn’t even prompted by me; it came from the fans on that very first tour.  Sometimes, they even dressed better than the performers onstage, leading to some confusion on the part of the security team.  It dawned on me then that, although we were just meeting our audience for the first time, our fan base had been around longer than we imagined, and they already instinctively understood the world of Postmodern Jukebox.  It was already a real scene, and a much bigger one than I ever could have imagined. 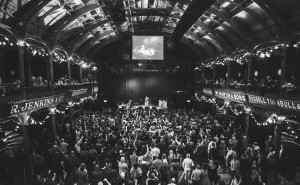 PMJ at the Old Fruitmarket in Glasgow; a beautiful venue.

Indeed, the fans made Postmodern Jukebox what it is today.  To date, PMJ has performed over 200 concerts on four continents.  We’ve also introduced over 40 insanely talented cast members to the world, helping them get the attention that they deserve as they help us bring back #RealMusic.  Without the fans that have, by coming to our shows, “voted” that real live music performed by real live musicians is important to them, we would never have made it this far.  And, as exciting as this has been, we’re just getting started. 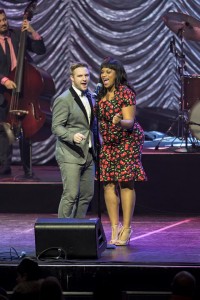 Seeing 4000 fans in one room is an inspiring feeling.  For me, it’s also a challenge.  Seeing that crowd gathered together on Friday makes it more clear to me than ever that there is a real demand for honest musical talent and for the timeless, non-autotuned styles of music that we presented on that stage.  Swing, Motown, Doo Wop, Rhythm & Blues, Ragtime- they never really “died out,” as some might suggest.  They’re the lifeblood of popular music today, and in the hands of the talented performers in the PMJ universe, they’re as new and exciting as they always were. 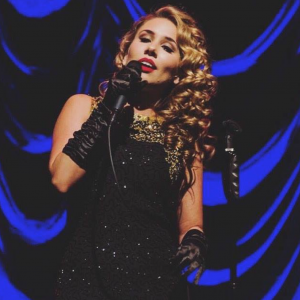 If #RealMusic is something that is important to people, and if I’ve been given the opportunity to help bring this to the masses in some small way, then you can rest assured that I’m going to do everything I can to help turn this into a movement.  I’d love to see a time when the kid in a small town learns to play a brass instrument not because his parents force him to, but because his musical role models play one.  A time when a girl growing up in a big city takes tap lessons because it’s an exciting, living art form to which she wants to contribute.  A time when real musical ability is valued above marketing trends. 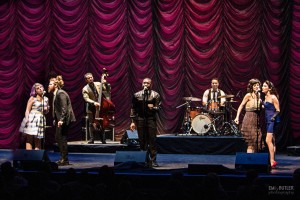 A difficult task? Maybe.  But nearly everything worth doing is. 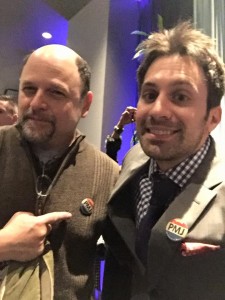 P.S. – our North American tour finishes this week, but you can catch PMJ on tour in UK / Europe very soon – Tix are here.