Download / Order “Never Gonna Give You Up” from our ‘Swing The Vote’ album:

The act of “rickrolling” a friend (or enemy) by sending a disguised link to Rick Astley’s 1987 video of “Never Gonna Give You Up” is just one those strange internet phenomena that, against all odds, somehow made it into the mainstream; as the creator of a musical group that went from my basement to a world tour, I find this meme oddly satisfying.  You can read a very detailed history of this meme here.

The idea to do this cover actually came from Clark; he’s a seriously talented musician with a great sense of humor, which made him a great fit for this video.  In addition to his soulful tone and impressive range, his musicianship as a vocalist is very rare – before the session, we spent some time jamming on Stevie Wonder’s notoriously difficult tune, “Lately.”  It’s clear that Clark lives and breathes music, and he’ll have lots of success simply by continuing to make the music that he loves. 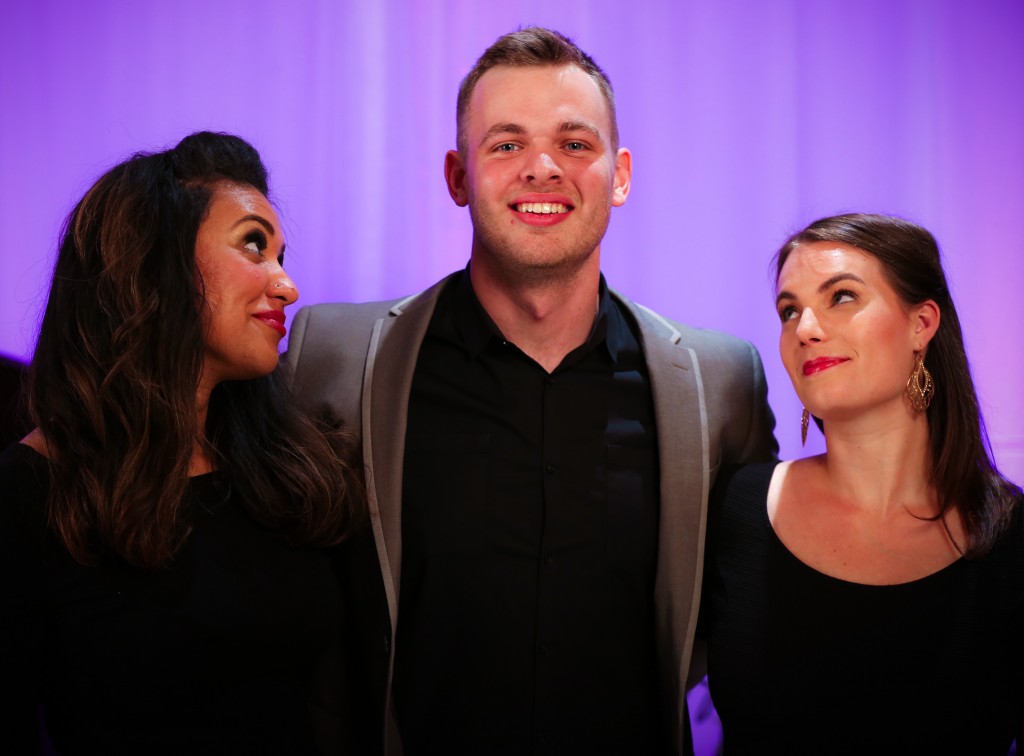 Clark released a video on his own channel a few days ago as well – a brilliant cover of “Tennessee Whiskey.”  Check it out here – it’s a phenomenal vocal performance:

Enjoy your week, and feel free to send your friends this classiest of all rickrolls.