A Torch Song Remake of Weezer’s “Say It Ain’t So” feat. Dani Armstrong

Weezer frontman Rivers Cuomo has been called many things – clever
songwriter, hipster icon, nerd-rock poet – but “sultry” isn’t one of
them. This week, PMJ remedies that by turning the power-pop fire of
their 1994 hit “Say It Ain’t So” down to a smoldering simmer featuring
the sultry vocals of Dani Armstrong. Feel the heat here:

PMJ regulars will recognize Dani from our ‘50s rock and roll spin on
The Police’s “Roxanne,” one of the highlights from last year’s Squad
Goals album. She was also a regular showstopper on our recent tour, so
maybe you’ve had the pleasure of witnessing her awesome vocal prowess
firsthand (Dani can pack as much punch into a three-minute song as
Wonder Woman has in two hours)!

The Detroit-born diva’s been heard at
some pretty high-profile events, including the Primetime Emmys and
Oscars Governors Balls and the NFL Super Bowl VIP Party, has starred
in several hit Las Vegas stage productions, and sang for our troops on
six tours to Iraq and Afghanistan. Now, on Scott’s boozily brassy
arrangement, she brings some “You Don’t Own Me” attitude to Weezer’s
“Say It Ain’t So” lament. Daddy issues have never sounded so
scintillating! 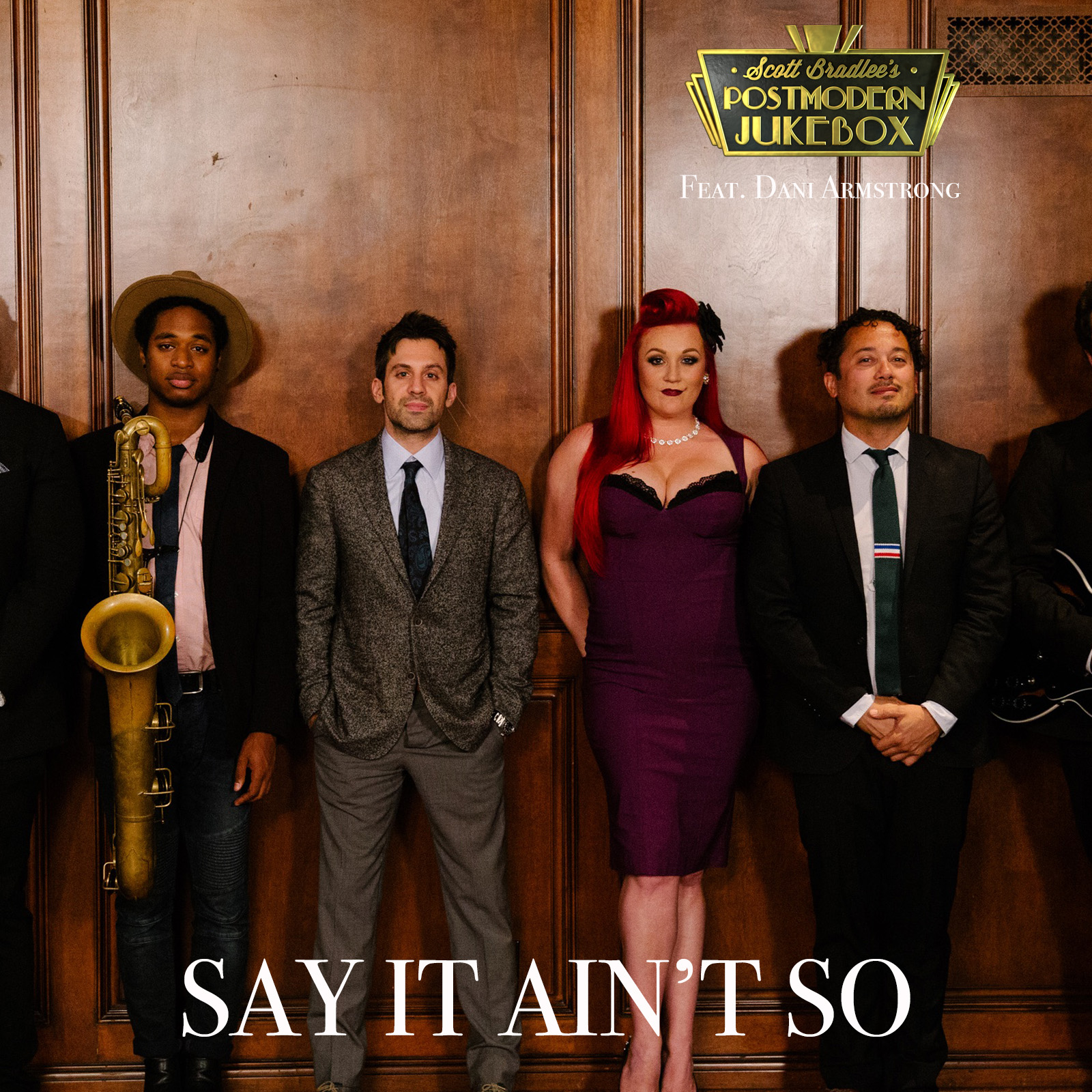