Thursday was a big day in the PMJ universe. We announced a 45 city North American Tour, including a headlining show at Radio City Music Hall. We released our 10th album, “Swing The Vote!” with a bunch of new PMJ tracks and hit #1 on iTunes Jazz.  We played a sold out show in Barcelona. And, to top it off, we released a new video featuring PMJ’s first superstar, Robyn Adele Anderson.  Watch:

Download / Order “Hollaback Girl” from our ‘Swing The Vote’ album:

Robyn has a quick wit in addition to her natural gifts as a performer, and she is known for picking extremely challenging tunes to PMJ-ify (Nicki Minaj’s “Anaconda” is a good example). Transforming Gwen Stefani’s 2006 hit “Hollaback Girl” into the 1940’s swing idiom required a lot of melody, a lot of new chord changes, and a banana (at 2:03). 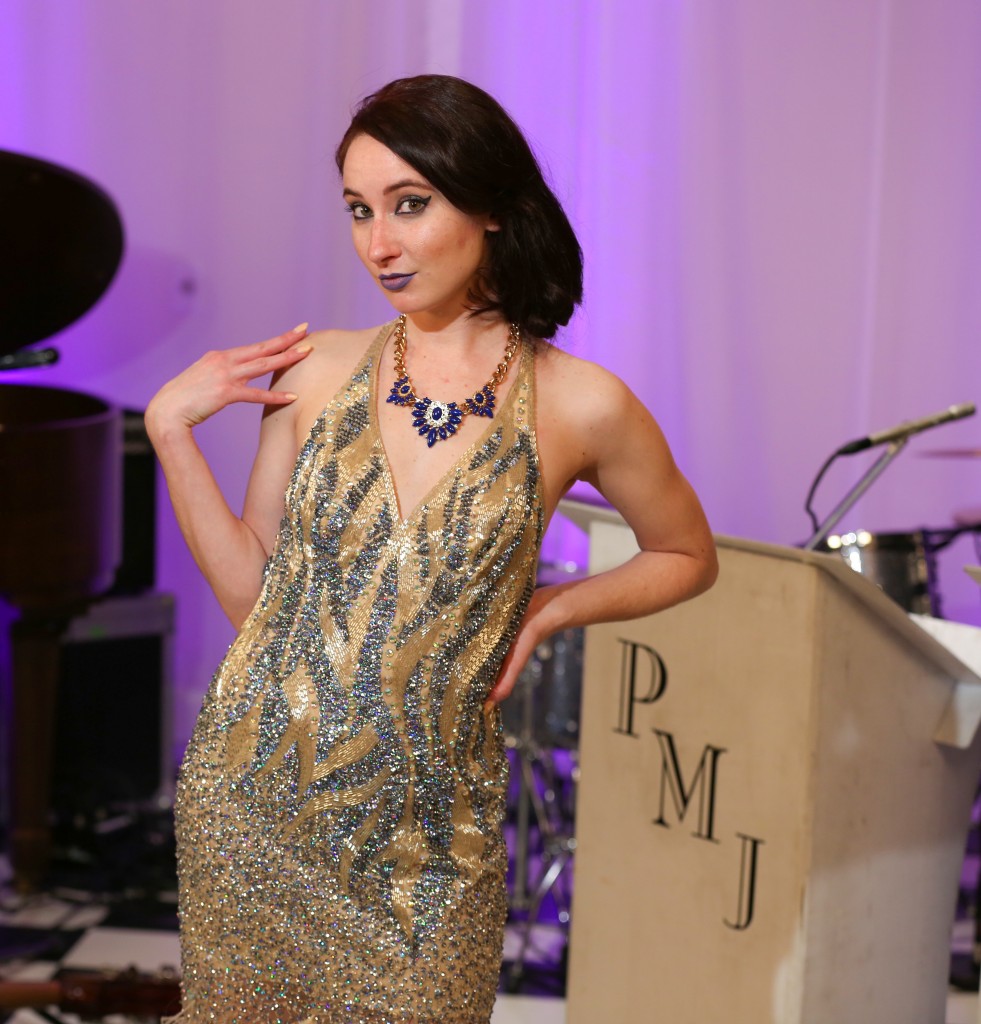 #PMJtour is currently in Europe (tix are still available for the next month and a half of shows here).  We’re releasing tickets to our North American Fall tour to fan club members exclusively on April 20, so sign our mailing list on the left side of this page to get the presale password.

P.s. I woke up this morning to see this endorsement by Gwen Stefani herself – pretty awesome! 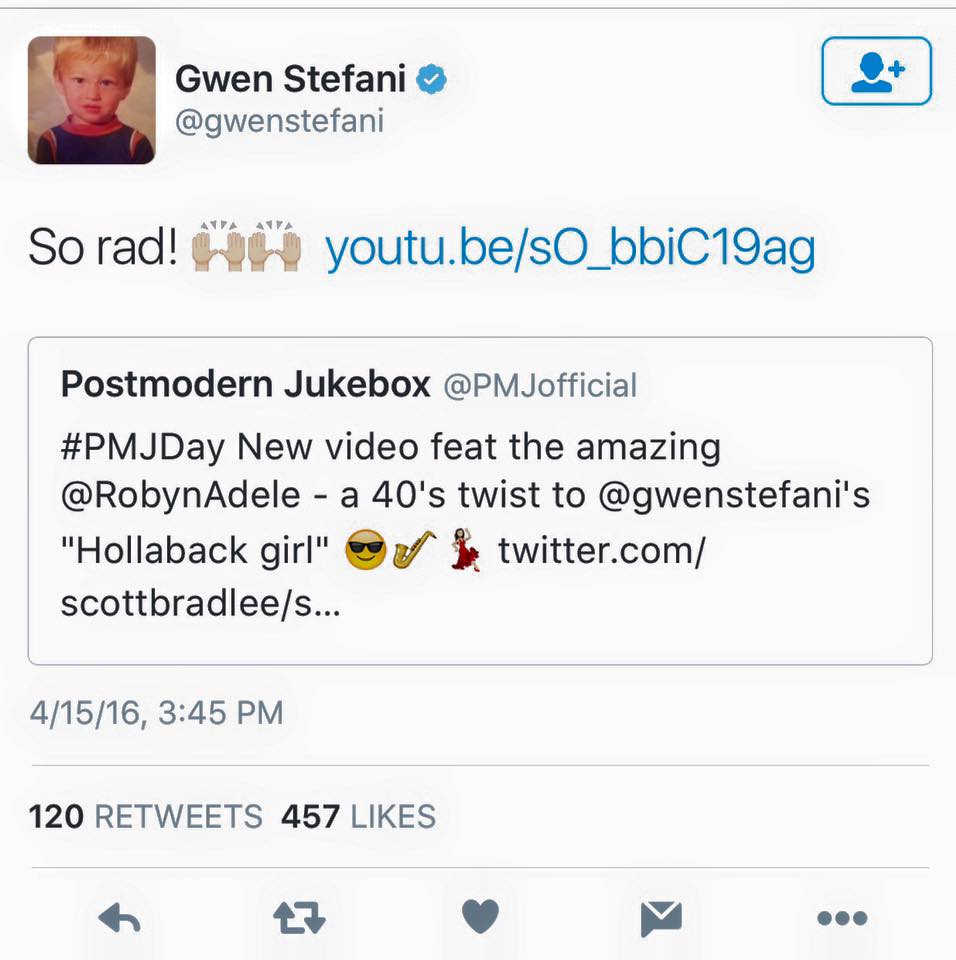